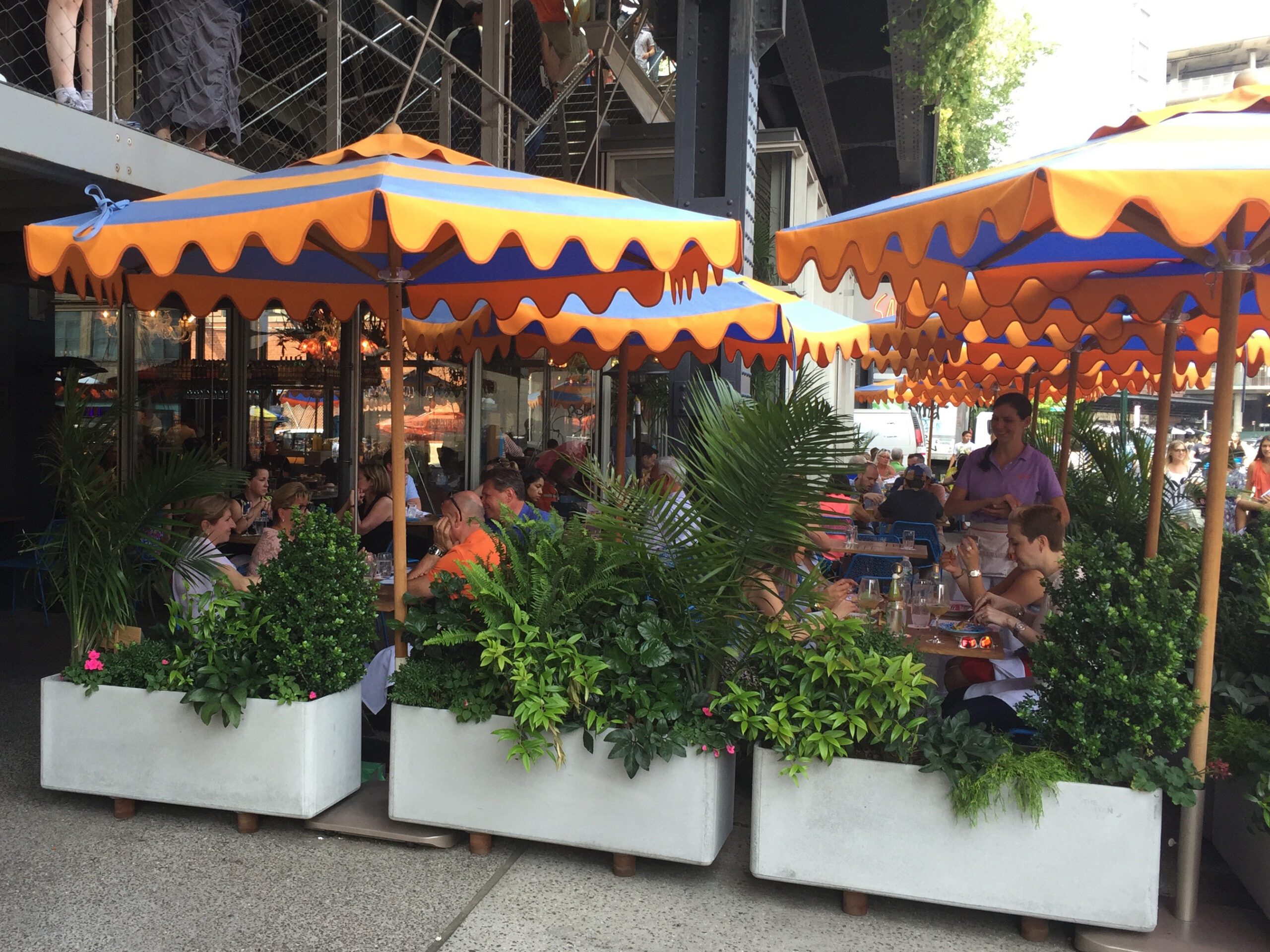 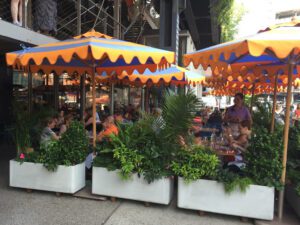 I gotta admit that I was a little hesitant about coming to this place for more than a couple reasons. The first of which was its location. It is literally at the epicenter of the tourist onslaught that is the High Line. There are stout women in floppy hats and fanny packs like swarming beasts wending their way on all sides of this joint, which is kind of stuck under one of the High Line’s staircases like Harry Potter’s childhood bedroom. To add, there was a dude in a giant see-through truck parked outside selling weird socks. The whole thing just stunk of tourist trap.

On top of my hesitance about the location, I was thrown off a bit by the confounding menu. The listings are sparse and not at all descriptive in their simplicity. Looking at it, you’d have no idea how much personality the food actually ends up having. And, damn, if this wasn’t some of the more inventive and tasty food I’ve had in quite a while! Granted the poor servers end up having to essentially recite to you what the hell everything on the entire menu is. The menu is supposedly Italian, which I guess it is (based on the Italian names), but the vibe in the glass space is all island-y and good-time summer vacation. Drinks are served tiki style and everything is just presented in a fun and casual manner. We were these for lunch and the volume in the glass box of a restaurant was pretty close to deafening, but it somehow added to the party vibe that gels with the surroundings.

We had more appetizers than any group of four should ever eat. We had these Cecina things, which were basically a pancake made in a skillet with mushrooms or tuna in them. It sounds good. And it was. Even better was the zucchini carpaccio. I have no idea how they made squash so good, but is was incredible. And the octopus spiedini and god knows what else we ate were all so fresh and so well spiced and flavored that I was honestly blown away. I apologized to my buddy for doubting his choice and mulled over what the hell to order for my main for fear of missing out on anything. I went with a sandwich that sounded delicious and got the thumbs up from our server the moment the words left my mouth: “I’ll take the fried sea bass sandwich.” Yes, it sounds simple, but put it on a great sesame seed bun, and top it with some incredibly flavorful, lemony tartar sauce and a slaw made of chiles and onions and you have a rich, malty, spicy bundle of awesomeness.

We did go walk the High Line after our meal (because, why not) but despite its coolness, all I could think about was the meal that was slowly digesting in my gut. I was impressed — and that, it seems, is a tall order these days.