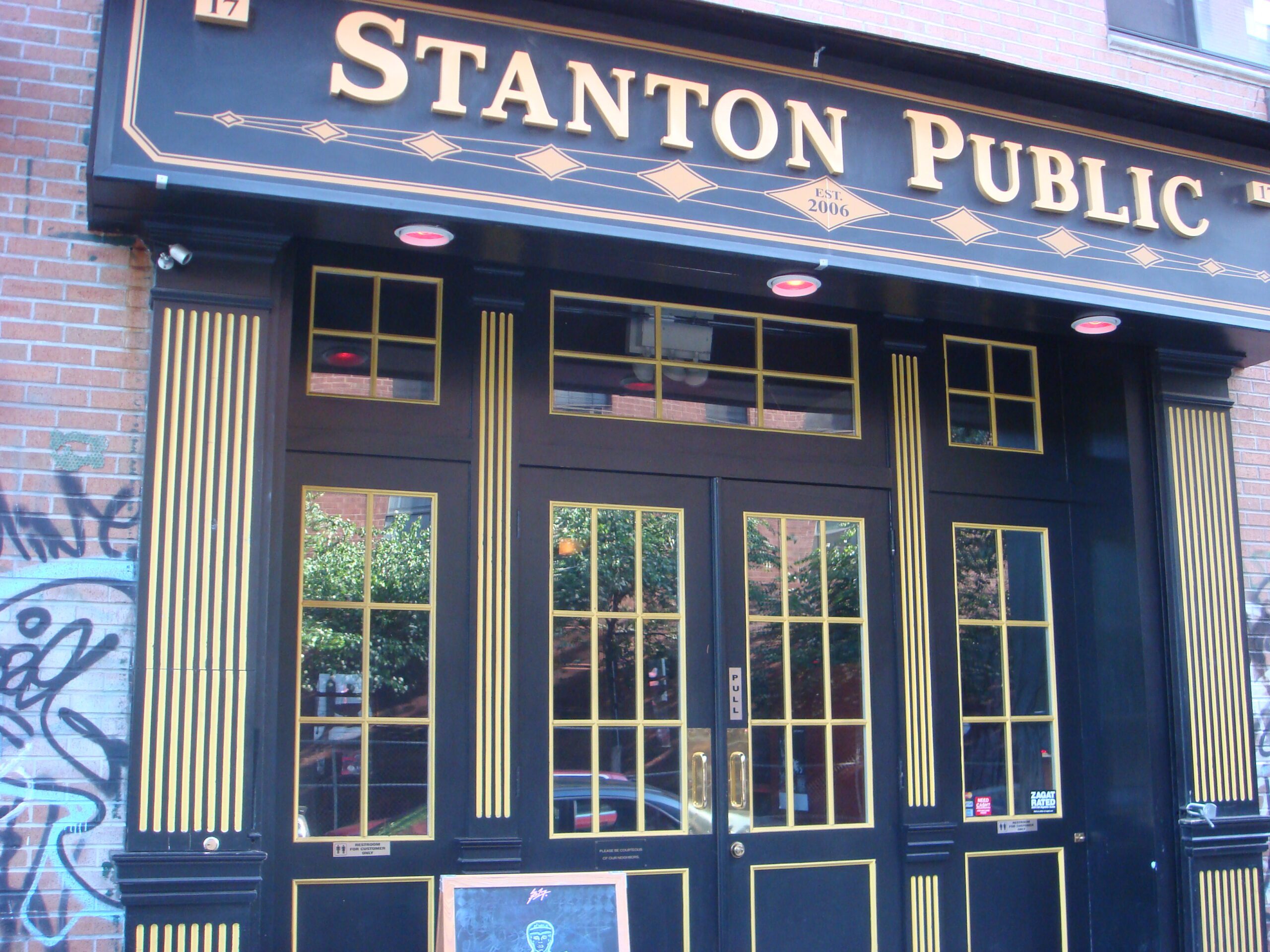 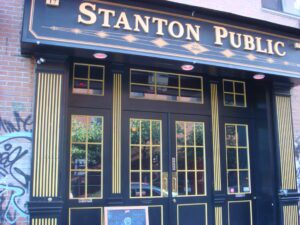 How often do you go to a bar where the bartender could confuse one one-legged man loitering outside for another? It so happened that while walking up to Stanton Public, a man sitting in a wheelchair with a leg brace on asked me to push him slowly past the bar and then past some sort of shop next to it. Now, I had just watched the guy move perfectly well down the sidewalk in the chair, but now he needed help? He was a relatively able-bodied looking fellow (aside from the knee brace), so this had fishiness written all over it. So what did I do? Pretended not to understand him, of course. Finally, out of frustration, he pshawed me and wheeled himself past the shop, leering inside at somebody. I then walked into the empty bar and recounted my story. The bartender was like, “Oh, that was just Willie (or something). He’s a ‘Nam vet, and is like the unofficial mayor of the neighborhood. We love him.” I started to realize that the guy I saw was about negative ten during that conflict. Just then, as the bartender told his tale, an older gentleman with one leg wheeled by. “There he is!” he said. I guess he’s going to have some competition in the one-legged mayoral race next year. In any case, the bar was relatively empty, the space small and cozy and the beer list on the decent side. It was a very mellow after work joint with an outdoor space and hand painted, funky murals. Their Website makes it look like a crazy, drunken hipster party, which wasn’t my experience at 7:00 on a Friday, but parties tend to steer clear of me for some reason. Maybe it’s because I bring with me a high lame factor and an early-to-bed mentality. [MF]