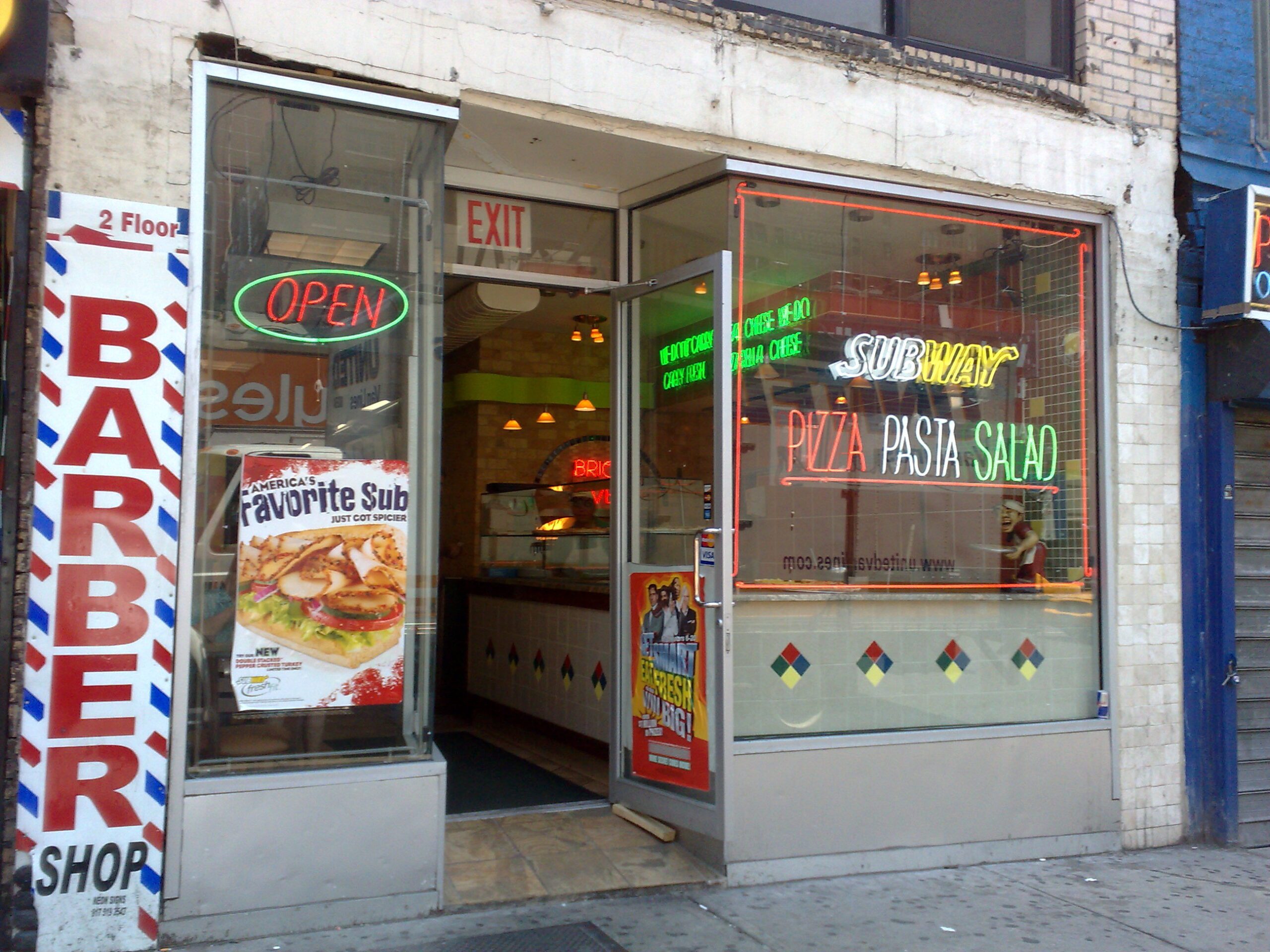 Somewhere in the plethora of Subway reviews on this site, I made a promise never to go back to Subway ever again. I didn’t break that promise for a very long time. I had burned out on the stuff, and had spent several years watching the quality and amount of food dwindle away to practically nothing, and I had had enough. So here I am, two locations into my relapse, and have not found any love for the place. It still sucks. The service is awful, the cleanliness is non-existent, the food quality suspect and they still give you less food for your money than any joint this side of a Hindu burger place. The woman behind the counter actually told the person in front of me that the roast beef was supposed to have an iridescent green glow to it. I believe her exact quote (translated somewhat from the Hindi) was, “Yes, yes. It’s supposed to look like that. It’s good for you!” I actually laughed out loud, and proceeded to order the foul-looking turkey, which had a ribbon of something that looked like Saran Wrap running through its center. And what, may you ask, is the reason for going to back to a place that is consistently terrible? Fatness. I found myself eating ridiculous amounts of food for lunch: Chinese lunch specials, Burritoville and Chipotle and giant sandwiches brimming with meat hanging off a two-foot sub roll. I felt oogey after lunch, and bloated and nasty. So I turned to the one place that I knew wouldn’t stuff me; the one place I knew that would be so sparing and ridiculously cheap with their meat and toppings that I had no choice but to starve after gobbling a six incher with turkey, lettuce, onions and tomato. I’m not a big man, but this is barely enough food for any human to live off of. To be fair, though, the Subway diet has worked, and my stomach has shrank to the point that I can actually tolerate holding out until dinner (at which point I’m completely ravenous). That said, the boycott is back on. Fuck this place. [MF]