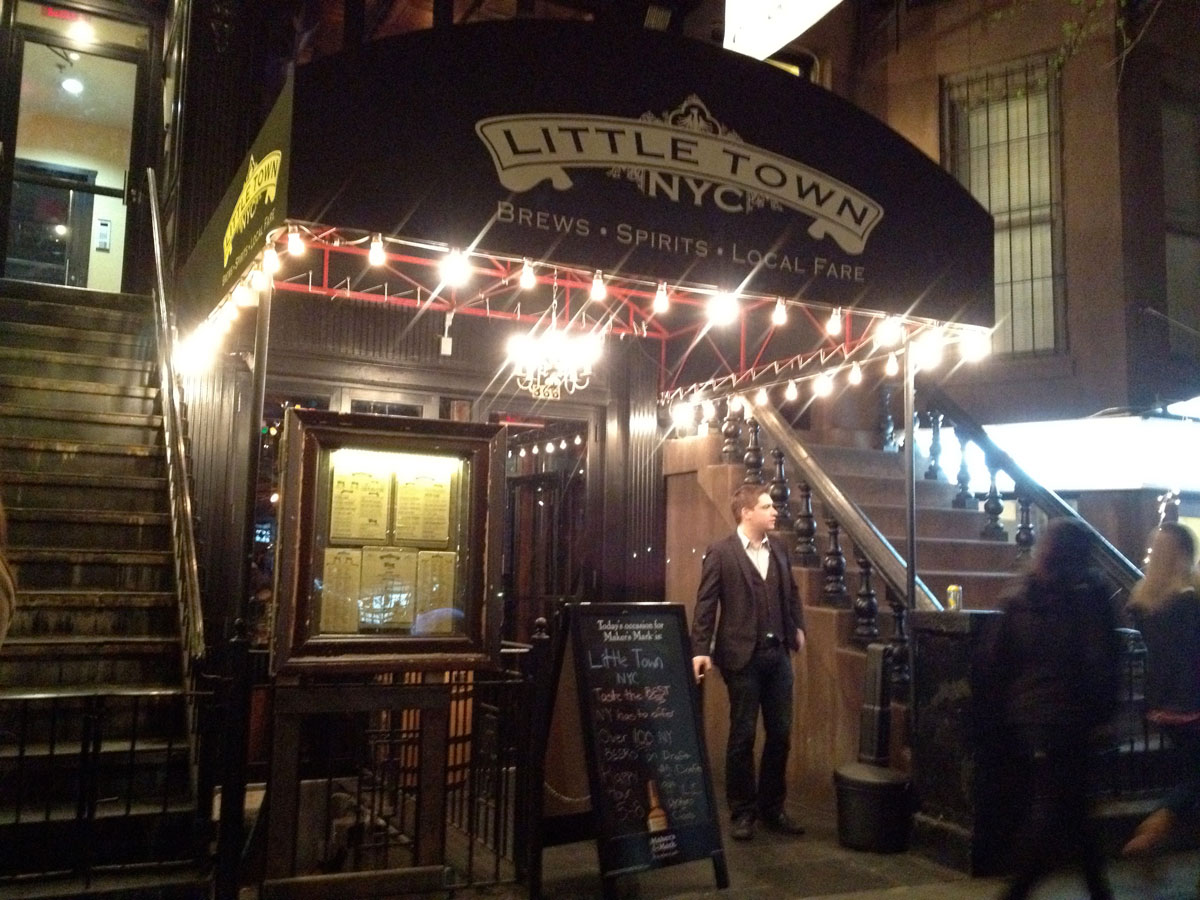 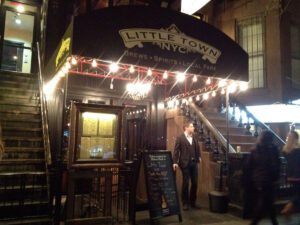 New York is a big goddamn state. Most of it is filled (or not filled) with big swaths of empty nothingness. Believe me, I’ve made that drive from NYC to Binghamton, Syracuse, Rochester and Buffalo. And even the environs North of said places, where it snows in July and the South has practically already risen again. But somehow this joint, with its New York (the whole state, not just the city in which it’s located) theme, really makes the whole damn thing seem sexy. Because, after all, the state of New York, despite its vast empty spaces and predilection for loving NASCAR’s #3, has some serious personality. And Little Town’s menu is an attempt to represent that personality through food and beer. While the grub does do its best to criss-cross the state to capture its signature, mostly low-end, dishes (including Rochester’s famed “garbage plate” and Binghamton’s “Spiedie”) it doesn’t take it quite far enough. Like I could have done with more, in-depth research about local favorites, rather than just sticking shit like Sloppy Joe and hummus on the list. I figure if you’re going to run what is essentially a theme restaurant not too far from Times Square, you might as well take it all the way — but without like the aliens and UFOs and shit. Where they do really excel here is their beer list, which is filled with New York boozey fun from all around. Granted, this too could probably be fleshed out a bit if they were willing to stock some pretty awful stuff. All in all, for a place that essentially serves trumped up bar food at really decent prices (especially for the neighborhood) and has a fun list of oddball and not-so-oddball beers, I could definitely see going back to get another soft pretzel and beef on weck (think French dip) and dragging a couple friends along to enjoy a hidden gem that one might walk right by without my oh-so-knowledgeable self by their side. [MF]