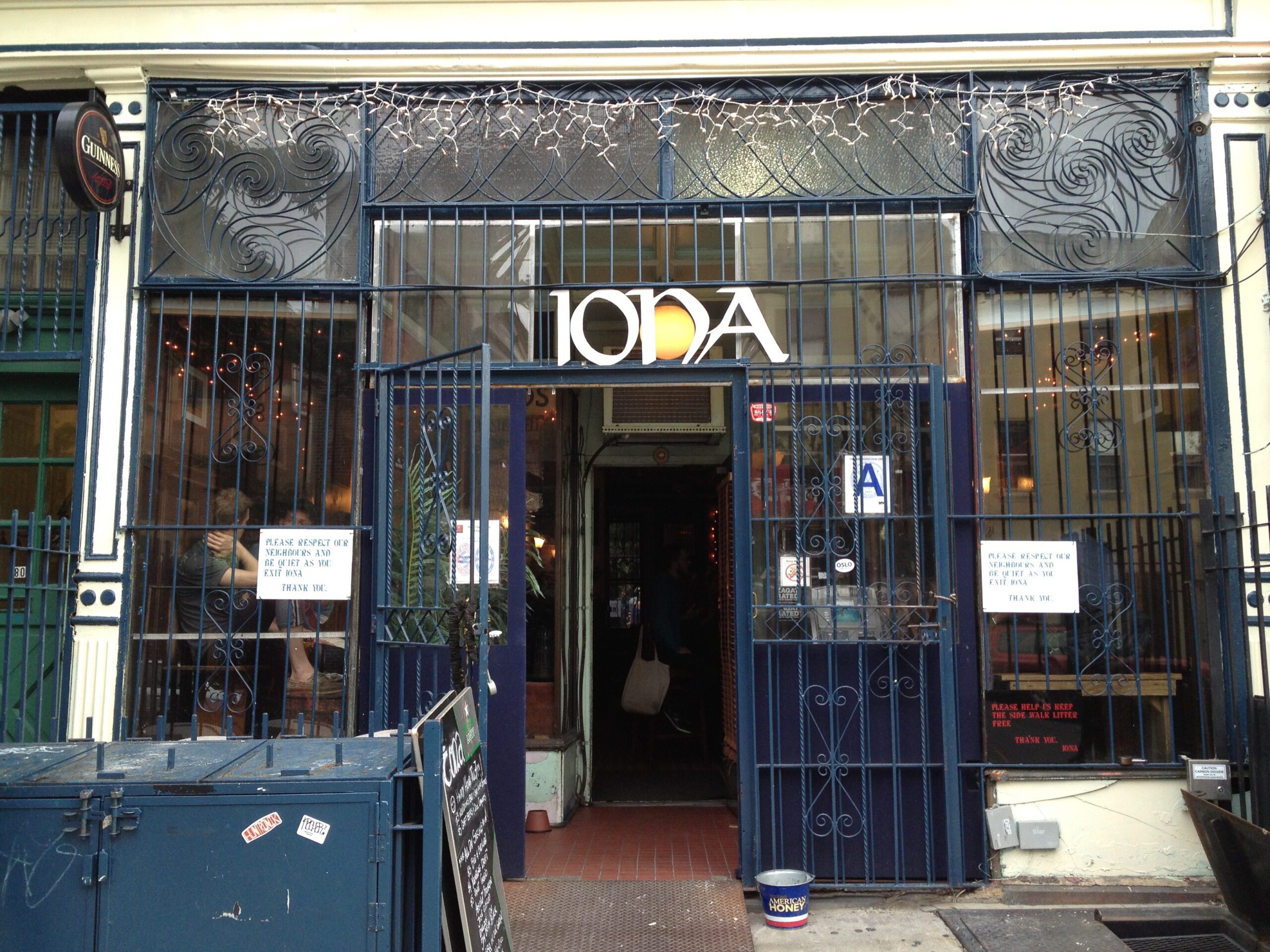 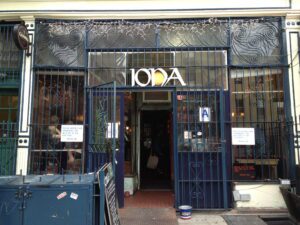 My grandfather (b. 1910), who lived a good chunk of his adolescent and adult life in Williamsburg, would be thoroughly confused by this place. “Mr. Hipster,” he would say, “why in the hell would anyone want to sit outside in Brooklyn?” He was a smart man — an accountant by trade — but being open-minded about his old ‘hood, after moving to Long Island and then Florida, wasn’t one of his strong suits. Perhaps he thought there was disease, pestilence and those horse-drawn carts that delivered ice still infecting the borough’s streets. But ol’ grandpa (R.I.P.) might even be down with this chill spot. Though the 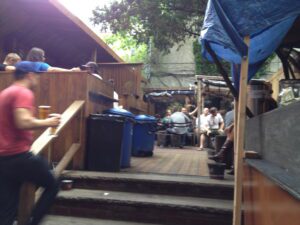 German food on the grill in the beer garden out back might get his persecution complex dander up. I barely noticed what I recall to be a super-tight up-front, but cozy, bar space on my way through to what amounts to a back yard of wooden booths and seating and little beer tables made from stumps that, for some unknown reason, made me feel less like I was hanging out in a pub in urban New York and more like I was in a Northern California college bar. Not that I’ve been to more than one or two of those in my life, but it just felt more naturally outdoors than some of the alleyways and covered-up cement slabs I’ve sat in and around in our fine city. Granted, there were no dudes in tie-dyes or chicks in sundresses with garlands in their hair. In fact, my friend with whom I arrived was the only woman in the entire joint. The tables and every nook and cranny were stuffed with dudes. Maybe it’s something about the robust beer menu, Andouille sausages on the grill and the Ping-Pong table that just gets the testosterone going and makes the estrogen-enabled shriek. Or maybe we just hit a lame part of the afternoon or early evening that featured a bunch of dorks who can’t — or don’t want to — pull tail. Or maybe, just maybe, the boys found a mellow joint whose chemistry was just perfectly PH balanced as it was. [MF]