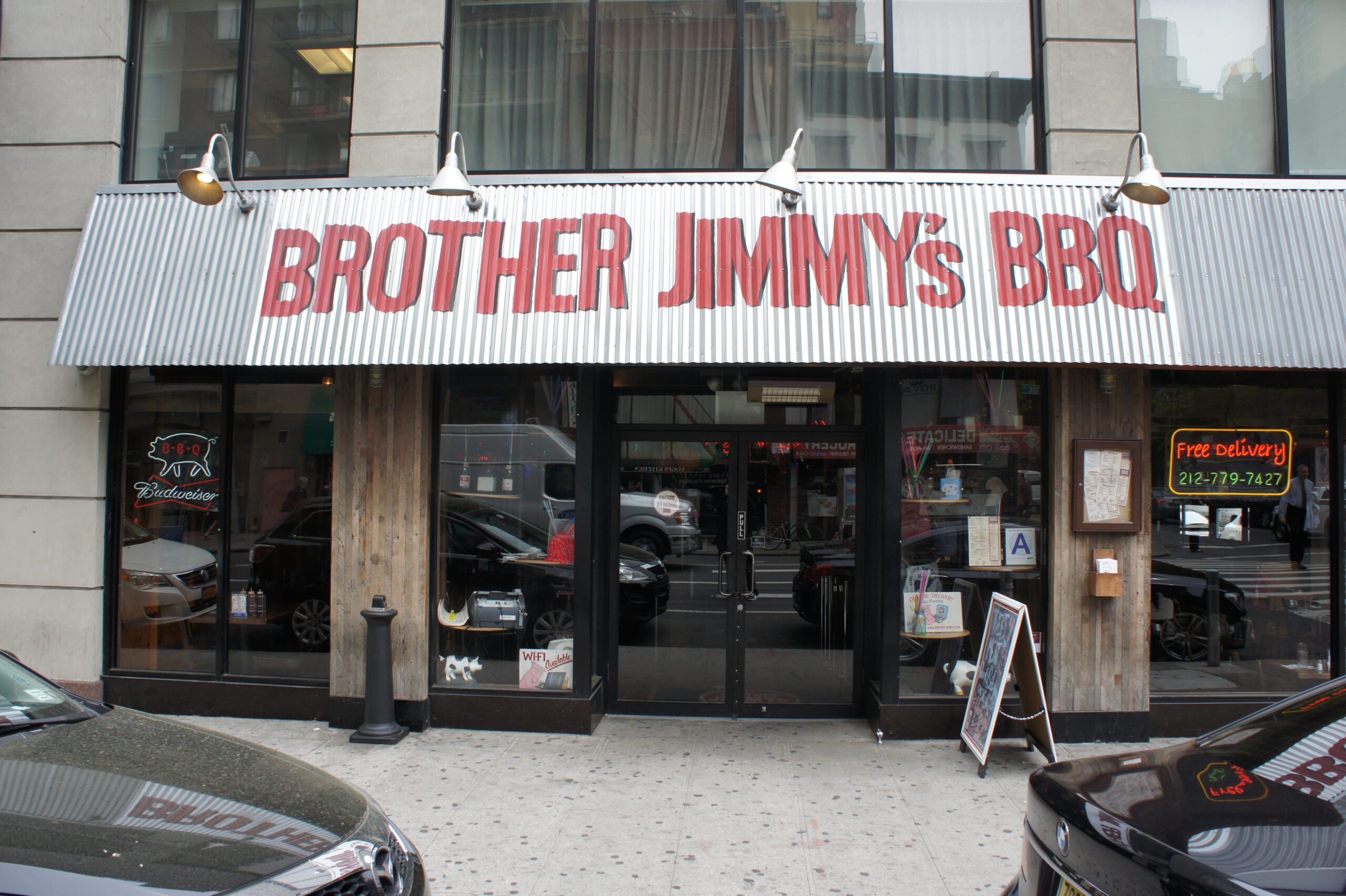 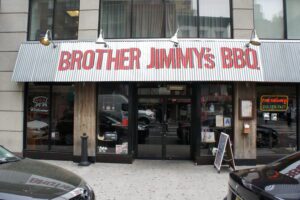 It seems there is one of these Bro Jimmy’s joints opening every other week. I used to live a couple hundred feet from The Bait Shack back in the day and the smoky waves of barbecue smoke would waft into my open window on warm summer nights and tempt me with ribs I don’t even eat. Flash forward twelve or thirteen years and I find myself standing in one of the now seven locations amongst mere babes in an underground den of undergraduate beer swillers trying to watch my alma mater try to sink a bucket against some stupid Midwestern university full of mouth breathers and hayseeds. I don’t recall if they won, but I do remember having a really annoying conversation with some kid from said alma mater who thought he was the new white Jay-Z and was gonna take the dorm circuit by storm. I made the mistake of telling him where I worked (despite it being totally useless for him to be talking to me) and he pulled out some homemade card and threatened to send me the mixtape of the rapper he produced in an off-campus apartment. Awkward social interaction aside, this place is kind of built like a redneck’s dream of what a set of what a respectable redneck bar would look like. A little too clean to be authentic, this particular outpost boasts the half-finished look of your step-mother’s Southern basement, complete with exposed studs and beams, piled moonshine barrels and requisite Christmas lights. We spent the majority of our time in about ten square feet of space being squeezed by packs of children and a kids a little bit older than children, but the cavernous space seems to go on and on and, like the dream of a Southern EPCOT, features different themed rooms ranging from beat up license plates to NASCAR shit. I had forgotten how young this neighborhood is, and it seemed as if every kid in the ‘hood was out in force. Budweiser and babies; just what everyone needs. [MF]