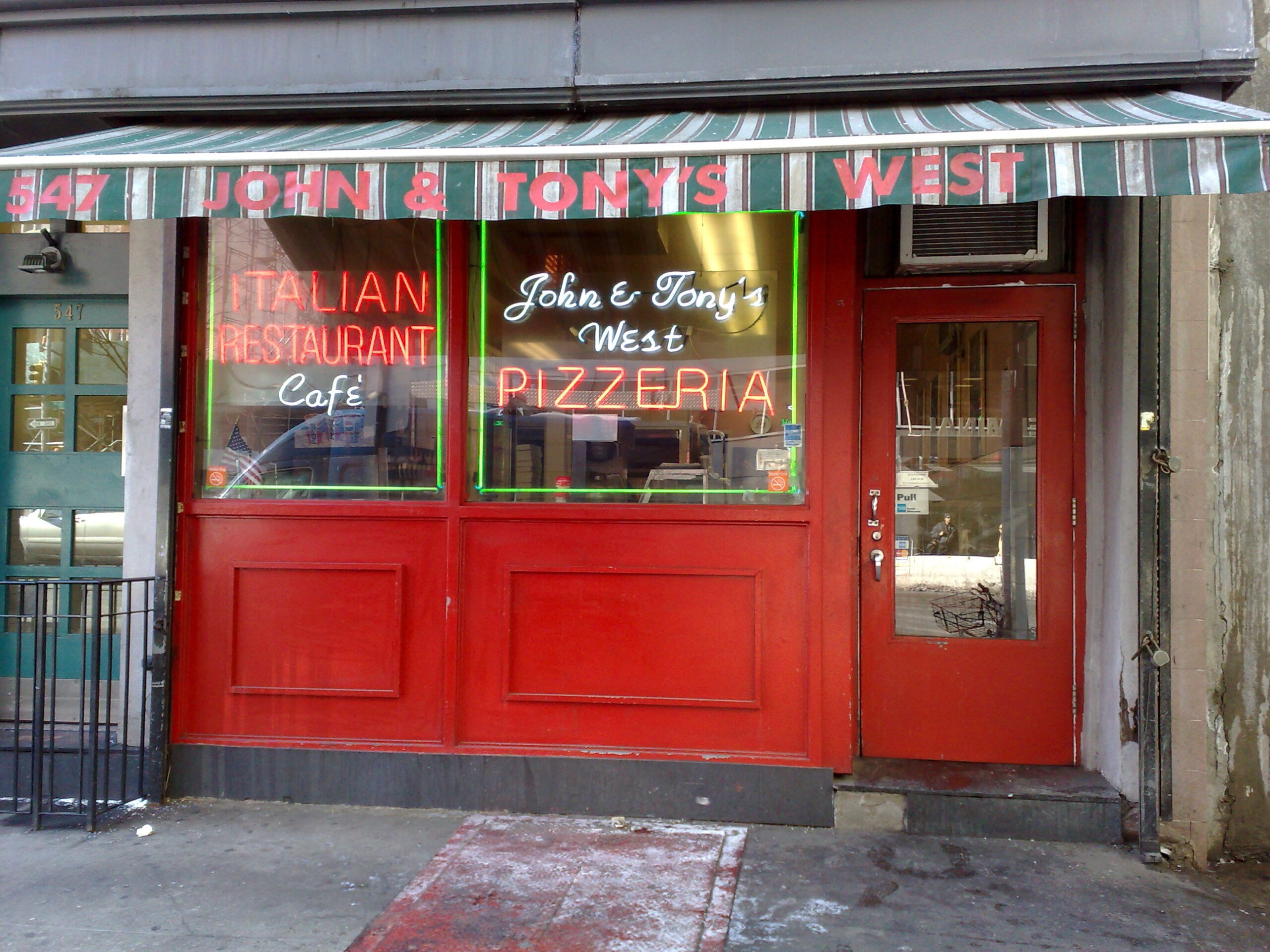 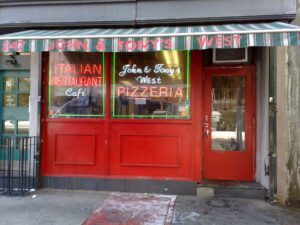 Who knew that you could find something edible under the PABT bridge? I’m not sure that’s the actual name of the giant ramp-like thing that runs out of the bus terminal and into the great Lincoln Tunnel, but the people sleeping under it and pissing on its moorings probably know its true name. John and Tony even brag on their menu: “We have the best pizza on the worst block,” and they try a bit of whimsy with: “If you are afraid to walk here, don’t worry. We Deliver.” Granted it’s like two blocks from my office, which is on the second worst block in Manhattan. The slice I had wasn’t a bad facsimile of authentic NYC pizza. Thin and crispy, not overly cheesy, with just the right amount of grease. I got another slice a week later that was equally as tight, but was covered with so much garlic I could have driven off an entire colony of bloodsuckers. Luckily the pizza had the same effect on the two dozen dudes asking for “bus money to, uh, this place in New Jersey.” [MF]