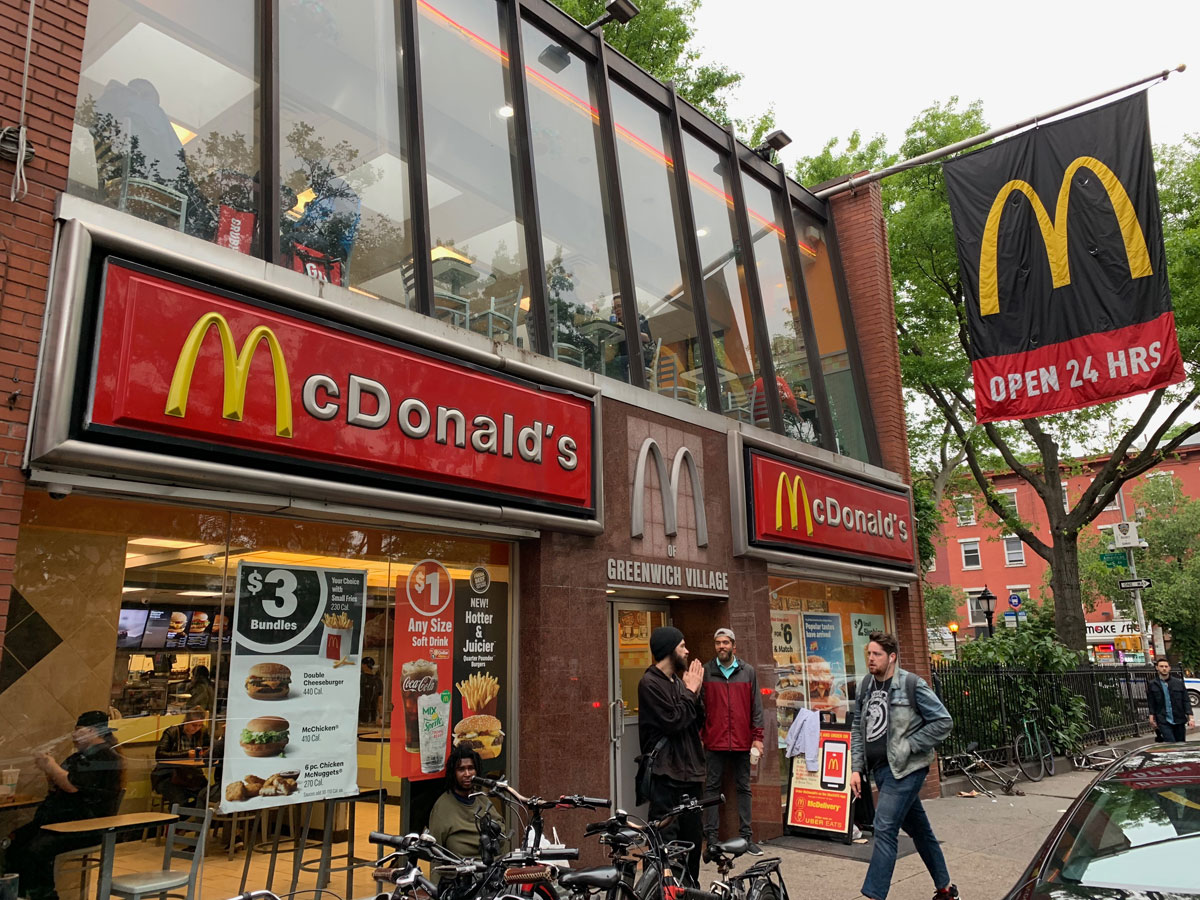 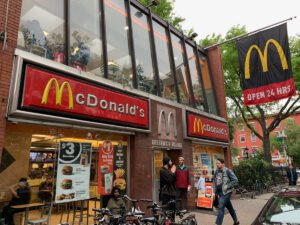 Drunk or sober, this McDonald’s has a special place in my heart. Back when I was in my early twenties and had a love affair with awful NYU bars like Down the Hatch and Peculier Pub, I often found myself in front of this joint wondering if eating a greasy burger would settle my stomach or put me down for the night. More times than not I walked away. But on those occasions when my group decided that we needed to destroy our already hemorrhaging metabolisms, I often went for the $1.05 hot fudge sundae–until that fateful morning when I learned that they turn off the ice cream machine after 2 AM. I came close to having a coronary right there on their unmopped floor, as I was convinced the only thing that could keep me alive was a McDonald’s sawdust sundae. Well, I didn’t die (regrettably for some) and a subsequent visit years later proved that McDonald’s has repealed the after 2 AM sundae ban. I like to think my tantrum sparked a controversy that made its way all the way to the head office and set in motion revolutionary change in the company. [MF]