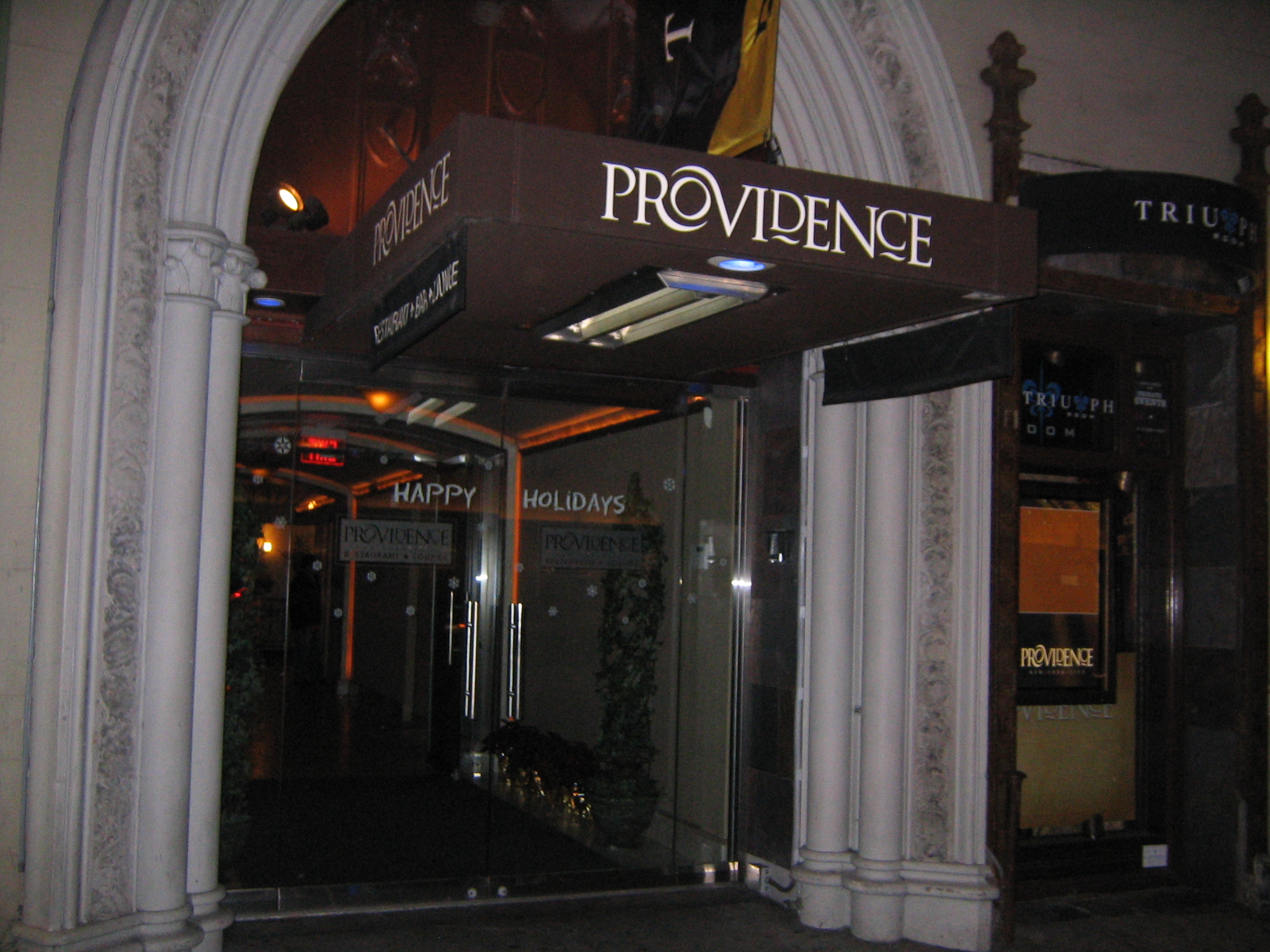 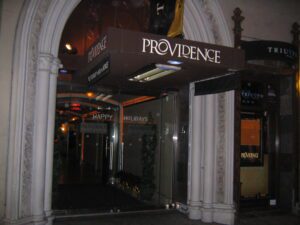 Do you think this is what God intended when he had his loyal servants build him a church in Manhattan? You know, pricey drinks and coke-snorting yuppies in the toilet? Well, that’s what this place certainly feels like, with its Limelight-like surroundings and weird history as a Goth dance club. I actually attended a private party there in the upstairs space, high in the wooden beams of the former Baptist church. There was a small bar with a choice of about four beers and plate after plate of sushi rolls and some other finger foods–all of which were reasonably decent. Unfortunately it was like six o’clock on a weeknight, so I didn’t get a chance to experience the usual crowd myself (Sharon Stone, Michael Douglas and that other sexy lesbian chick were nowhere to be found), but I have a feeling that the place is more silk open-throated shirts and gold chains than glam model. There’s an odd, washed-up feeling about the huge joint with its multiple rooms and restaurants and bars and dance club that looks to be trying to be everything to everyone and ends up kinda sucking at all the way around. I’ll never turn down free beer and raw fish, but until that offer comes my way again, I think Providence goes in the “avoid” pile. [MF]