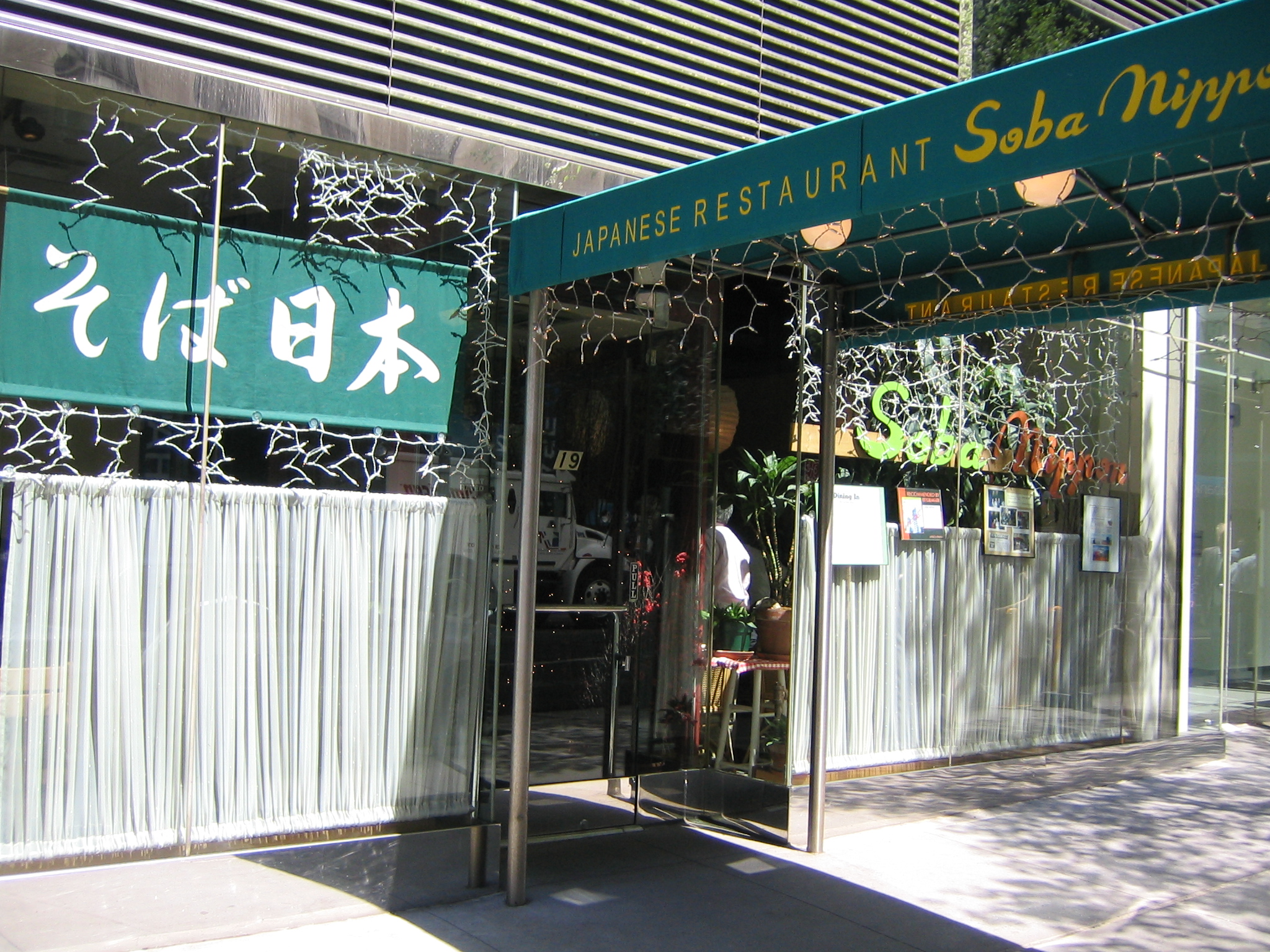 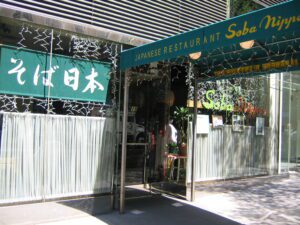 There was a time when my sushi consumption consisted of Teriyaki Boy and trips out to L.A. to visit my folks. Anything more than the $4.99 eel roll lunch special not only broke the bank, but flew in the face of the awesome freebies I got via the parental raw fish gravy train. Going to Soba Nippon brought back those days, as a co-worker plunked down the corporate card and we ate like Unuit kings (assuming, of course, that Eskimos eat raw fish and not just whale blubber and frozen daquiris). My office being right across the street from this joint, I had no idea what to expect, as proximity is usually in direct proportion to crapiness. I guess you generally have to travel a little in order to get decent grub–no reward without sacrifice. But it turned out that I was incorrect, and not only was the fish free, it was decent too. It was also a little nicer inside than the daily sandwich shops I frequent to get my lukewarm panini. Nicer meaning that there are actually tables to sit at and servers and cloth napkins. I don’t mean to make this place sound like Nobu or anything, but it is one step up from the joints with the paper take-out menus filled with midday specials and plastic packets of soy sauce. And it’s also one more reminder that sushi in New York City–even for a midrange place like this–is still 200% better than anything you’d find in suburbia. [MF]