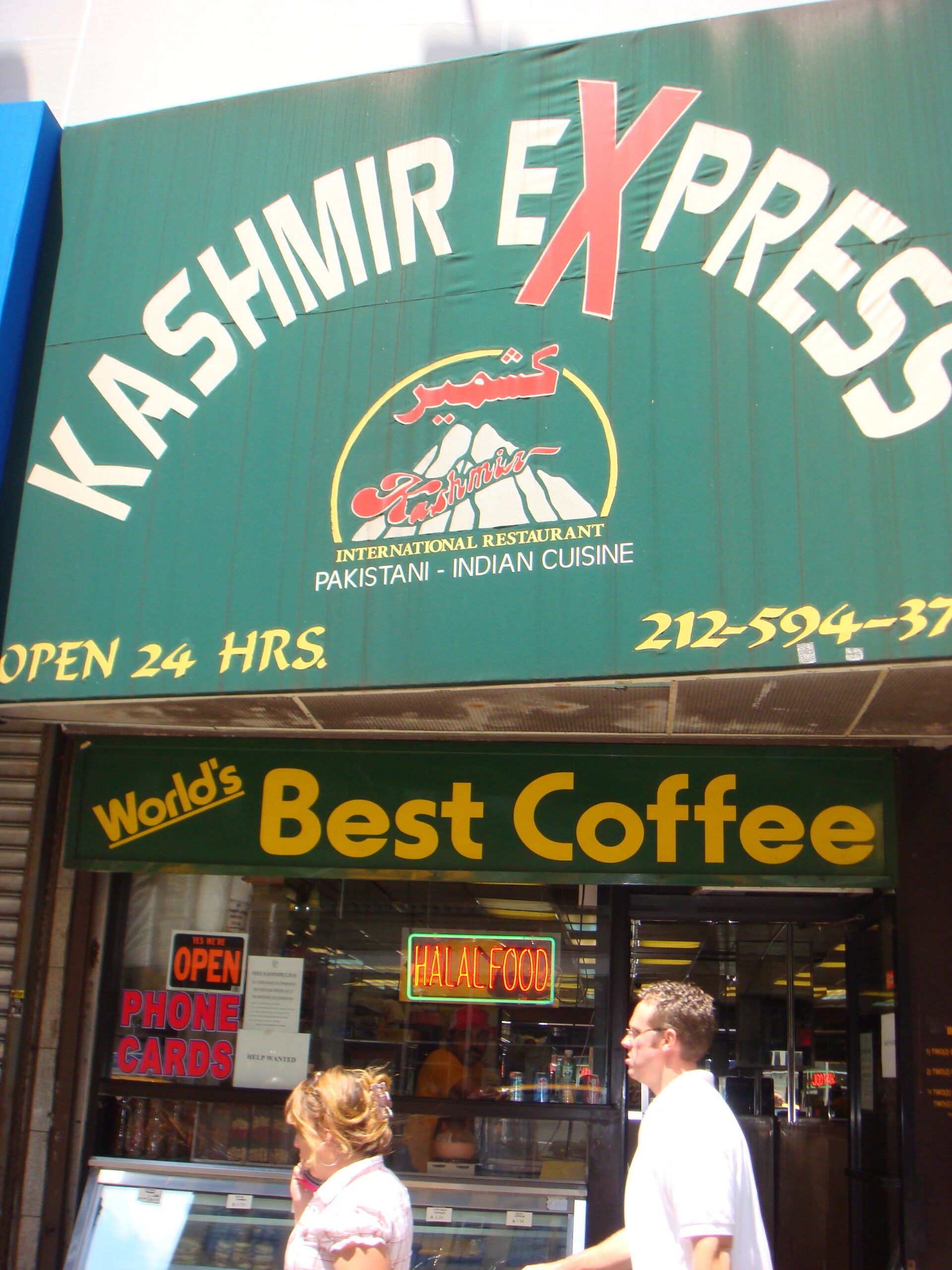 Think about all those quality “express” restaurants around the city. You have your Taco Bell Express and I swear I’ve seen Subway Express, Dunkin Donut Express and some other garbage that only shows up in Manhattan and attached to gas stations across the North East. Kashmir takes the express to the extreme, putting a bunch of pre-made Indian-type food in glass cases in the window that they reheat in microwaves. It’s awesome if you’re completely not wigged out by flies and room temperature poultry. Actually, anything this close to the Port Authority should have a Silkwood shower on a bimonthly basis. Their claim (as you can see in the photo to the left) to have the “world’s best coffee” is suspect at best. And that thing I ate that claimed to be some sort of chicken kabab or tikka thing was more like a reconstituted sawdust and birdmeat foodstick than anything else. Luckily I’m not too picky about cleanliness or meat grades, so I didn’t absolutely hate the thing. The thing I did hate, though, was the completely unclear way these guys sell things. There are like stacks of things with no indication if they’re a la carte, with or without sauce or rice or whatever. You just kind of ask for whatever is sitting in the window and then guess if there are any accompanying sides or flavorings or whatever from a mumbling dude who seems kind of pissed you’re asking him for food. There’s a second half of the restuarant behind a metal shutter that has claimed to be undergoing renovations for about eight months now–presumably just plain old Kashmir (sans Express). Good luck there, guys. [MF]