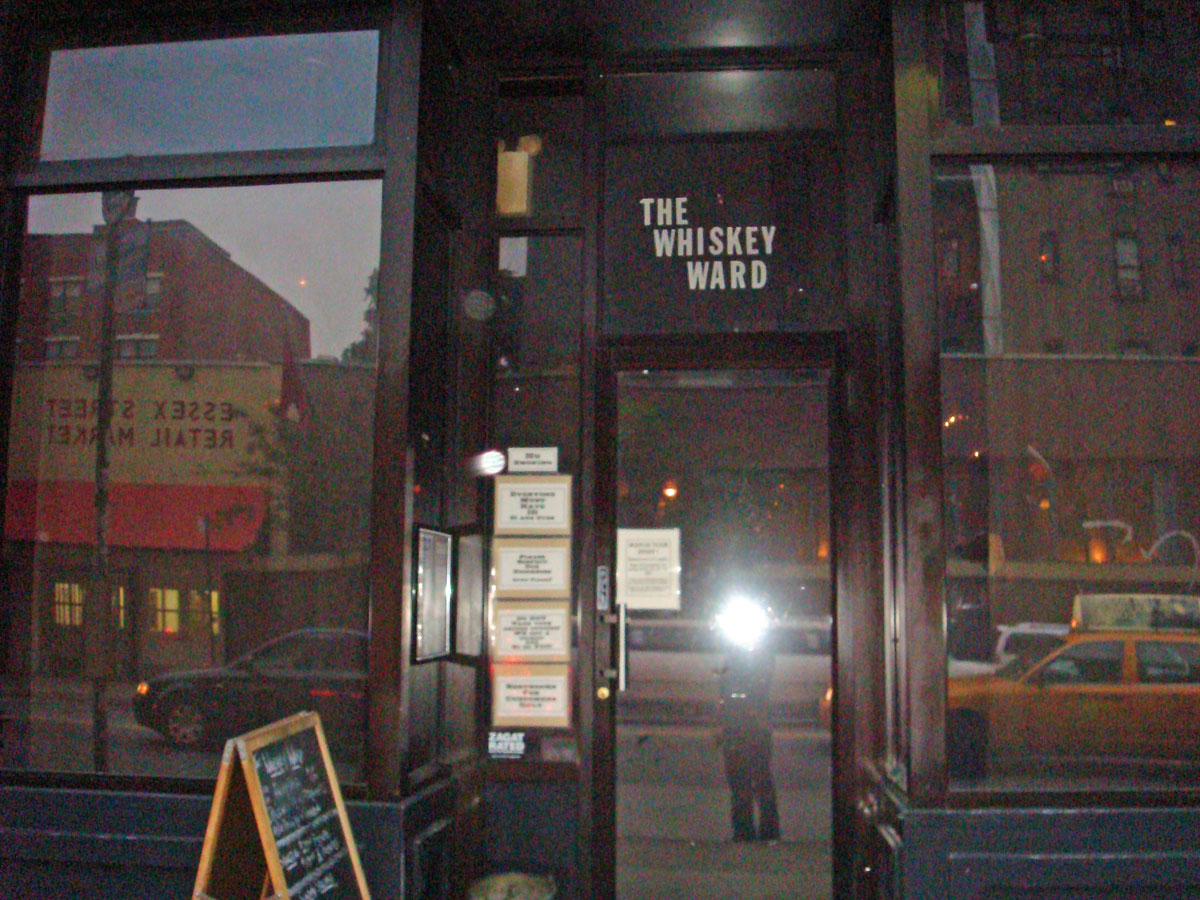 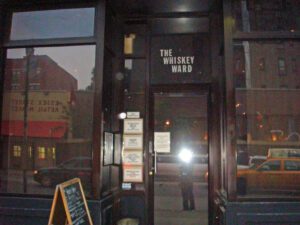 A pool table, a jukebox and good beer on tap. It’s like the best opening line ever written (if I do say so myself). This despite not really playing pool, and understanding the difference between a lager, pilsner and IPA about as well as I grasped calculus in high school. But unlike math, which I suck at, I rule at drinking beer–and especially relish imbibing in a laid back, inexpensive wood-laden bar with no pretense and absolutely no gimmickry. While the LES isn’t exactly the place you’d think of when toying with the idea of an after-work happy hour, this joint could change your mind. Sitting on a non-descript block behind tinted glass windows amongst oddball urban blight, The Whiskey Ward is that rare find that makes you wonder why more bar owners don’t just go with the straight forward approach. I suppose there are a lot of folks out there who need fishbowls with plastic sharks in ’em (do they still have those places?) and chicks in stilettos and those tops that look like they stole them from the Shaggy D.A. Me? I’ll take a working Wurlitzer, beat up oak, some seating and a place to just chill with some friends. Sounds like a good night. [MF]