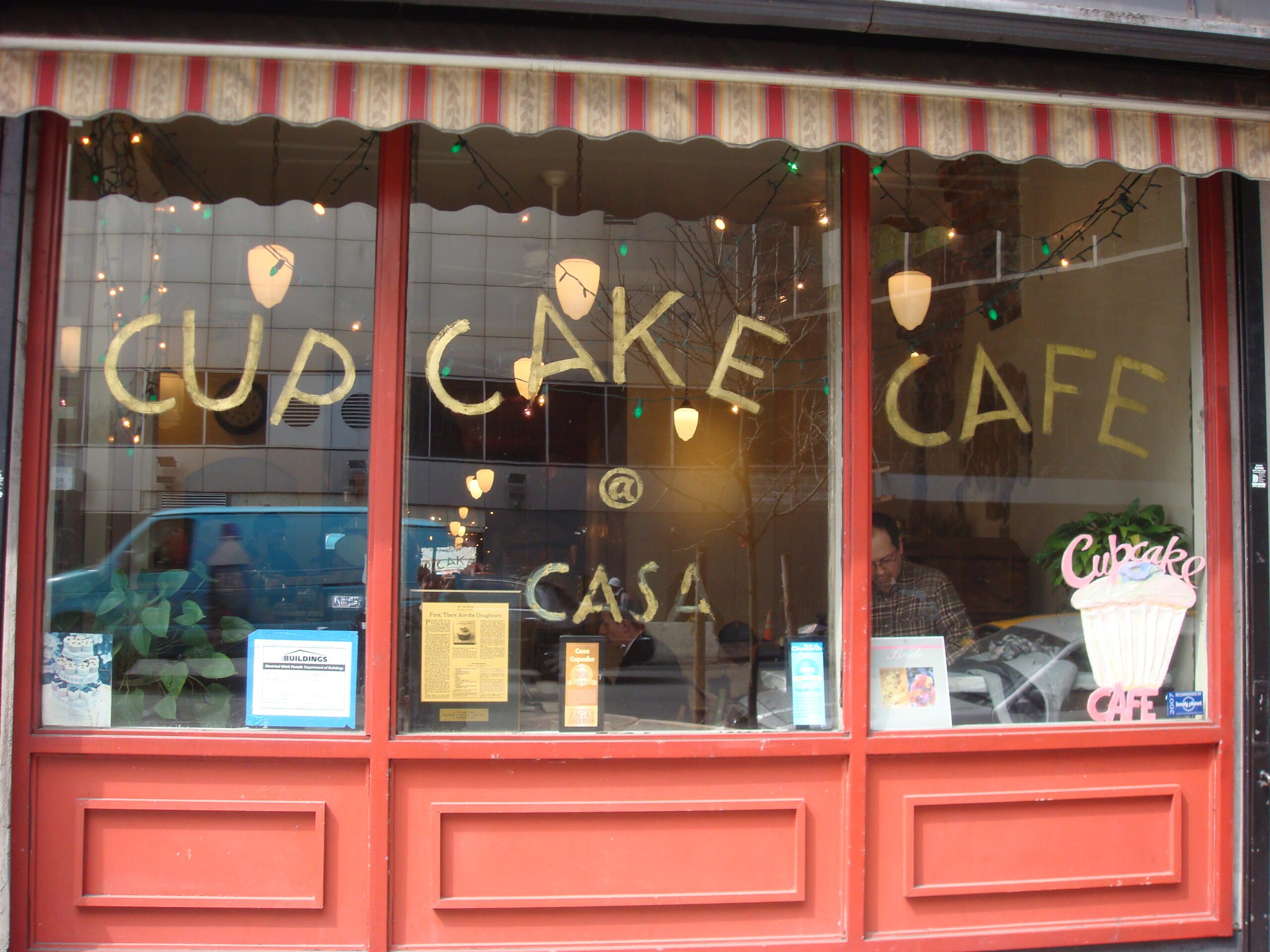 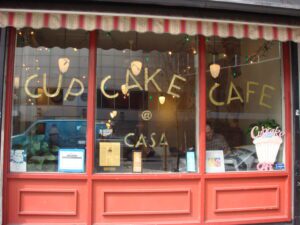 [CLOSED AT THIS LOCATION]

So once upon a time there was a joint called Cupcake Cafe. They had two locations, and then the shop that sat practically in the lobby of the Port Authority closed. Not being a big fan of the cupcake, I wasn’t really familiar with the joint, but people were sad. So sad they drowned their sorrows in Cinnabons, Dunkin’ Donuts and Chocodiles—anything to replace their beloved frosted cakes. But nothing did the trick. And then came this re-opening of the Hell’s Kitchen location–sort of. It’s like when they replaced Dick York with Dick Sargent with on Bewitched. You were like, what the hell is going on here? How did they find two completely ineffectual actors who looked so much alike? I guess a dick’s a dick’s a dick. So basically Cupcake Cafe re-opened, but in the shared space with something that seems to be nothing but a space to house their cupcakes and some coffee. Well, whatever the case, I still feel cupcakes should be reserved for children’s birthday parties. Just like adults shouldn’t be drinking grape soda or reading comic books, adults shouldn’t really go out of their way to eat cupcakes–it just seems weird. In the case of these cupcakes, I don’t really get what the big deal is anyway. There’s way too much frosting, and it’s overly sweet and not particularly fresh-tasting. I never got the whole Krispy Kreme thing either, so maybe I’m just not a pastry dude. In any case, if forced to eat a cupcake, I tend to think that the ones from a box (the kind you’d actually find at a kids’ party) are actually as good as it gets. [MF]