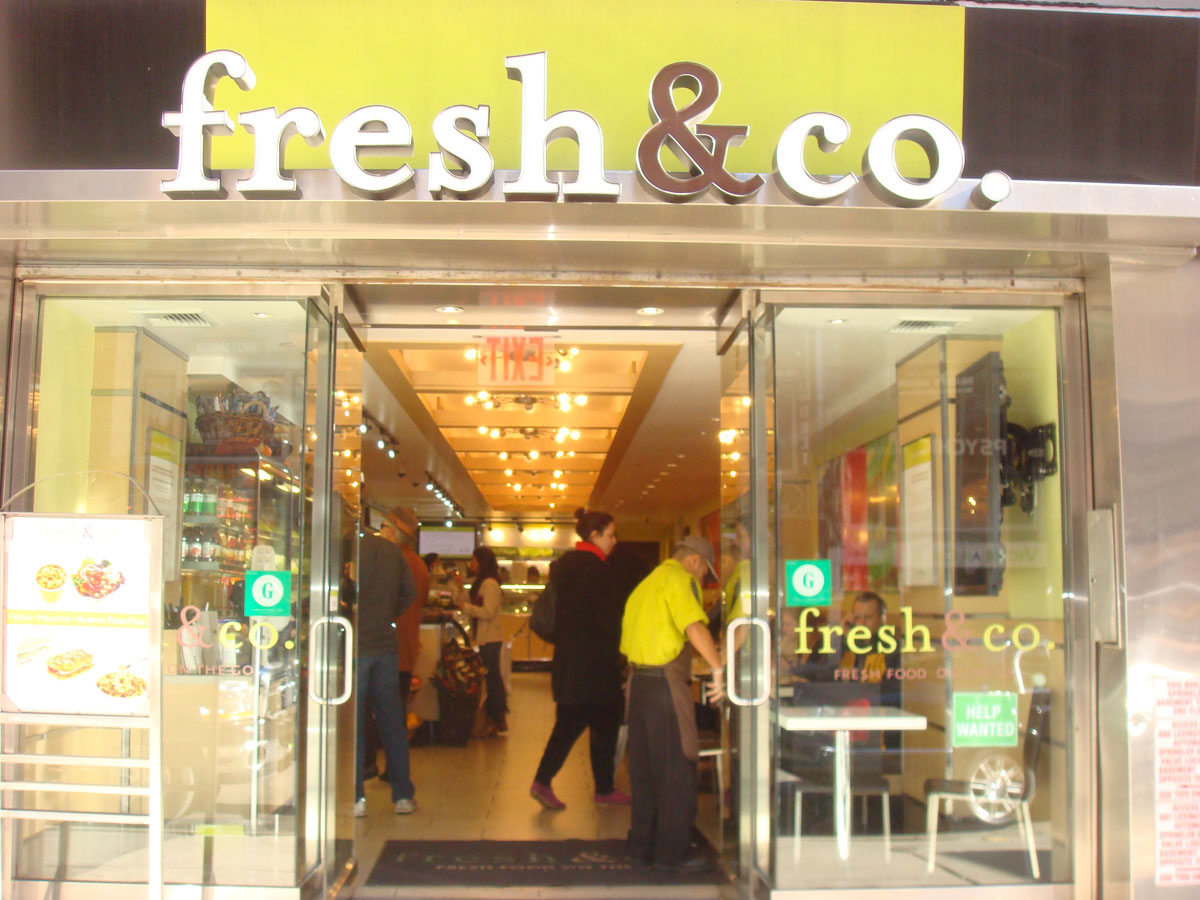 Way back when I was fourteen or so I accompanied my parents on a trip to Europe. Part of that excursion involved stopping in Paris for a few days. During those few days I pretty much ate nothing but chocolate croissants and croque-monsieurs. That was back when I still dug on swine (or at least tolerated it). Today, I’m proud to say I’m ham free, but will occasionally have like a clam chowder or a potato skin even if it happens to have a baco-bit or two in it. So when I saw the turkey croque-monsieur on Fresh & Co.’s menu I thought why not throw caution to the wind and party like I was in Paris (minus the pig). One bite and I was transported not back to France circa 1996 but to 52nd Street to the Cafe Metro that I used to eat at every other day when I worked in Rock Center. There was just a similar crappy quality to the sandwich– a sandwich that looked good on the surface with its strange seeded bread, but sadly lacked the crispness one would hope for in a croque-monsieur and had less meat on it than Rose Byrne. I’ve done it! I somehow worked in a Rose Byrne reference in a sandwich review! Anyhow, the place showed promise on the surface, but ultimately disappointed where it counted. And now I must bid you adieu monsieur blech. [MF]